A Timeline of their First Journeys 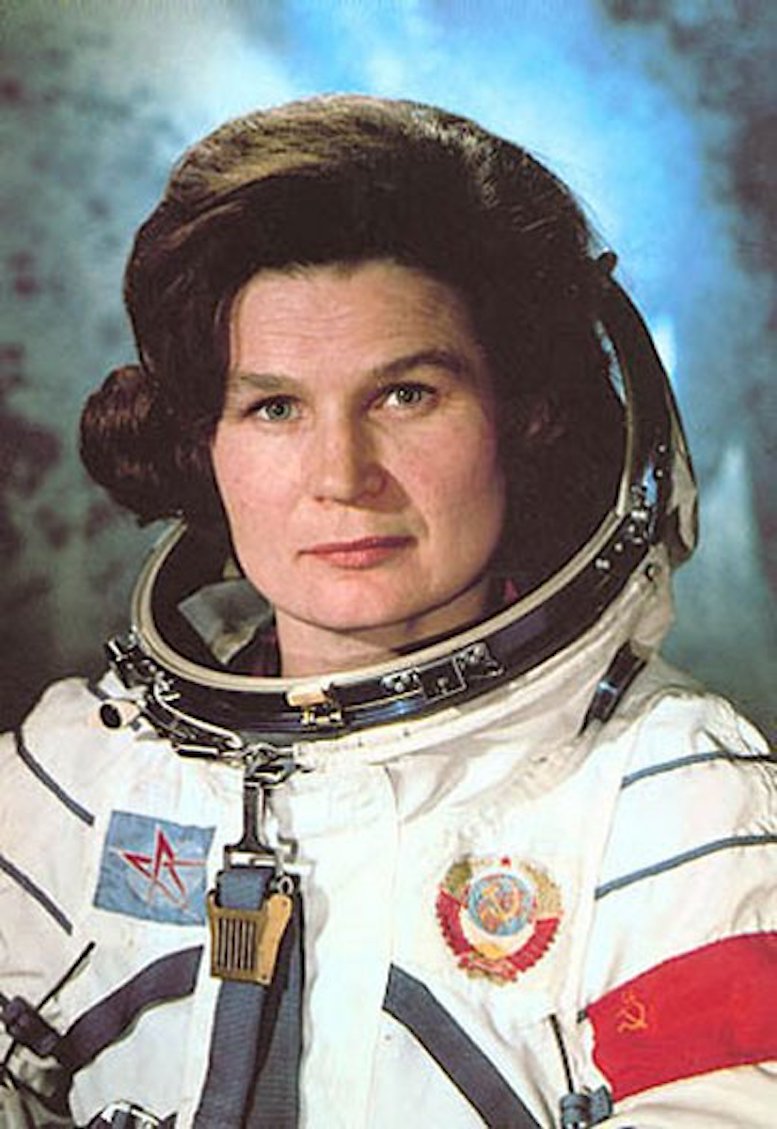 In 1963, Valentina Tereshkova became the first woman ever to venture into space. She spent around 3 days in space and made 48 orbits around Earth in the Vostok 6 space capsule. Upon completion of her mission, she was awarded Hero of the Soviet Union, became a spokesperson for the Soviet Union, and received the United Nations Gold Medal of Peace. Tereshkova did not return to space after that, however she spent the rest of her career touring the world to inspire others and promote Soviet science. 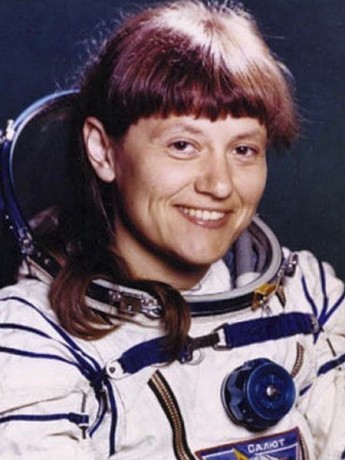 Svetlana Savitskaya was a talented pilot and skilled cosmonaut. She was the second woman to enter space, as a part of the Soyuz T-7 mission to the Salyut 7 space station. She later returned to space in 1984, becoming the first woman to walk in space and take part in welding experiments outside the space station. Spending a total of 19 days, 17 hours, and 6 minutes in space, Savitskaya was twice awarded the title Hero of the Soviet Union.

Sally K. Ride was America’s first woman to enter space, launching on the Space Shuttle Challenger on mission STS-7. She also became the first American woman to launch into space a second time on another Challenger mission, STS-41-G. After her space travels, she co-founded Sally Ride Science, a science outreach company that inspired students, especially girls, to pursue their interests in science, and became a role model for generations.

Judith Resnik became the first Jewish American in space. During her first few years at NASA, she worked on a remote-control mechanical arm that moved objects outside the spacecraft. In 1984, she made her first launch into space on the Discovery space shuttle, and successfully unfurled a 102 foot long solar sail, used to capture the sun’s energy. Resnik made a second return to space on NASA’s Challenger, Flight 51-L. Due to a hydrogen leakage, the space shuttle exploded in midair, killing Resnik and 6 of her crew members. Despite losing her life at only 36 years of age, Resnik made a huge impact serving her nation and was a brave pioneer for women entering NASA’s space program. 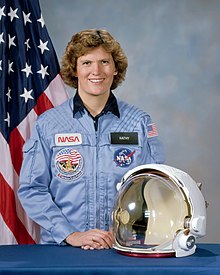 Kathryn D. Sullivan is a fearless explorer who is fascinated with the outermost parts of the planet: the sky and the ocean. As an astronaut, she became the first American woman to perform a space walk. She also contributed to the launch of the Hubble Space Telescope. After making 2 more trips to space, she left NASA and became an oceanographer and Earth scientist. She became the chief scientist of the National Oceanic and Atmospheric Administration. She has made amazing contributions both on and outside Earth with her lifelong passion of understanding the world around her.

Mae C. Jemison is the first African American woman to become an astronaut and venture into space. In 1992, she launched into space on the space shuttle Endeavour and made 126 orbits around the Earth. She earned the title of science mission specialist, in which she conducted several crew-related scientific experiments in space. Jemison has not only made a huge impact as an astronaut, but also as a physician, a Peace Corps volunteer, a teacher, and founder and president of Jemison Group, a company that encourages students all over the world to pursue their love for science and brings advanced technology to schools around the world. 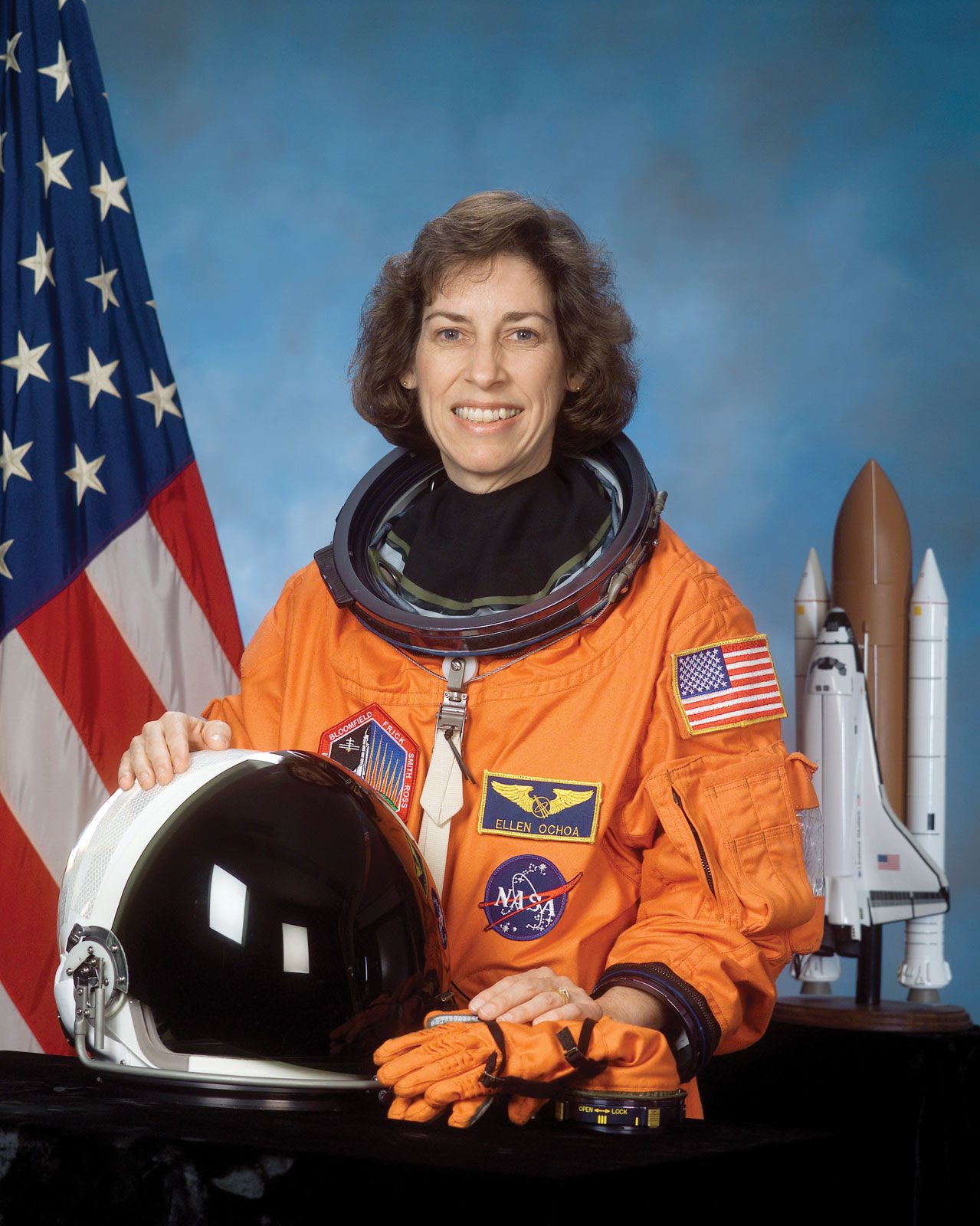 Ellen Ochoa became the first Hispanic American woman in space, serving as mission specialist on the STS-56 mission of the space shuttle Discover. She performed various experiments studying the Sun and its interaction with Earth’s atmosphere. Ochoa and her crew also released the SPARTAN satellite, which studied the solar wind. In 1994 she took part in another mission, STS-66 Atlantis, which released the CRISTA-SPAS satellite that studied Earth’s atmosphere. In 1999 she was a member of the Discover STS-96 crew that executed the first docking to the International Space Station. After logging almost 1,000 hours in space, she has moved on to work on space exploration from Earth and served as deputy director of Johnson Space Center, supervising the activities of NASA from space missions to student outreach. 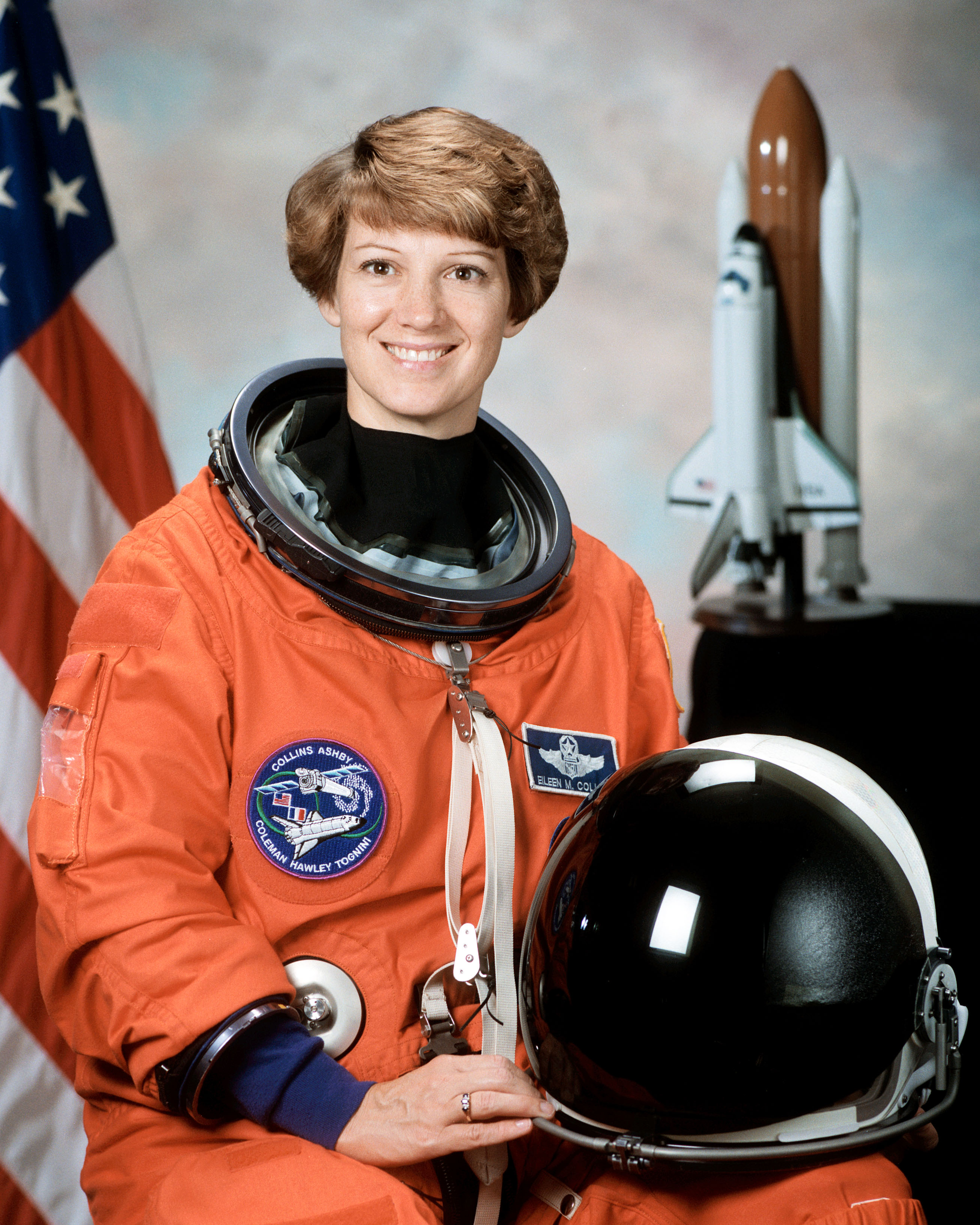 Eileen M. Collins was the first woman to pilot an American space shuttle, serving on the orbiter Discovery for a docking mission to the Russian space station Mir. She piloted a second shuttle flight in 1997 on Atlantis for another docking mission to Mir for transferring equipment. In 1999, Collins became the first woman to command a shuttle mission, taking Columbia into orbit to deploy the Chandra X-ray Observatory. On her last space mission in 2005, Collins was the first person to guide the spacecraft through a full 360 degree pitch maneuver with an orbiter which allowed the ISS crew members to photograph the spacecraft’s belly for possible damage. Collins retired from NASA in 2006 and joined the board of the United Services Automobile Association in 2007. 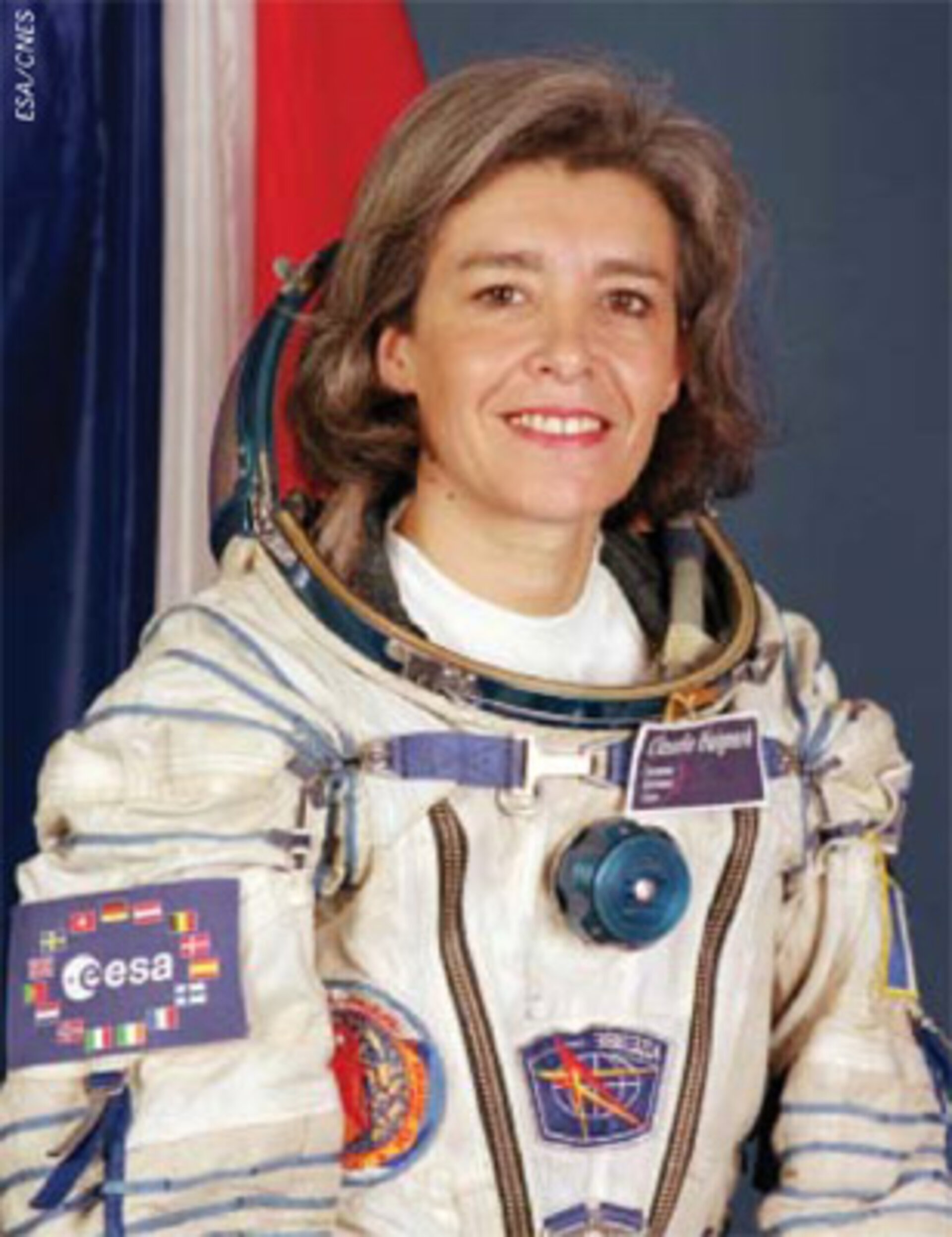 Claudie Haignere is a French cosmonaut, doctor, and politician who became the first French woman in space. She launched into space aboard Soyuz TM-24 and docked with the Mir space station. In 1999 she became the first woman qualified to command a Soyuz capsule during reentry. In 2001 she became the first female European to take part in a flight to the International Space Station. After her space travels, she became the CEO of Universcience in 2009, a public institution in France with the goal of making science more accessible. 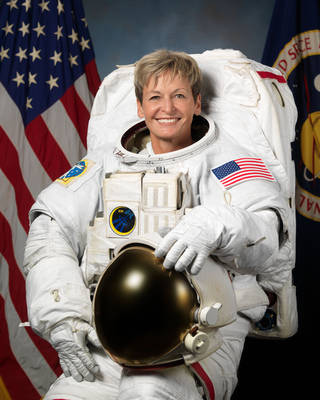 Peggy Whitson is an American biochemist and astronaut, and became the first female commander of the International Space Station. She launched into space as a flight engineer on space shuttle Endeavour on mission STS-111 to the ISS. She conducted multiple experiments on the ISS involving microgravity and human life sciences and installed commercial payloads and hardware systems. She earned the title of NASA’s first ISS science officer and performed a space walk to install shielding on a service module. Spending nearly 665 days in total in space, she held the US record for spending the most time in space at the time of her return to Earth.

Yi So-yeon is an astronaut and biotechnologist who became the first Korean to fly in space. During her mission, So-yeon conducted many experiments studying the effects of gravity on fruit flies, the growth of plants in space, the behavior of the heart, and the effects of gravity change on eye pressure and face shape. After her flight, So-yeon worked as a researcher at KARI and as Korea’s space ambassador. In recognition of all her achievements so early on in her career, she was listed as one of the Fifteen Asian Scientists to Watch by Asian Scientist Magazine in May 2011. 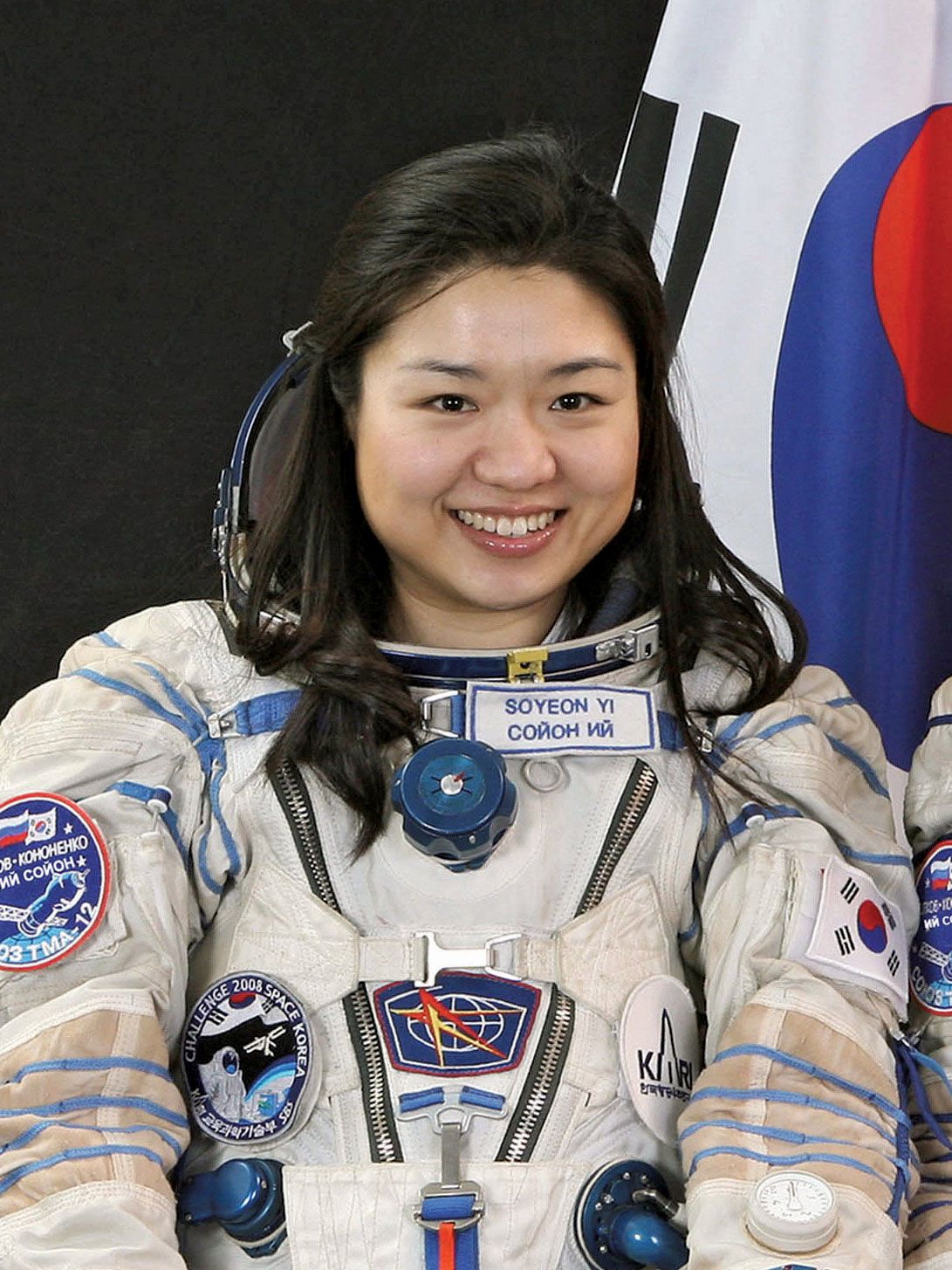